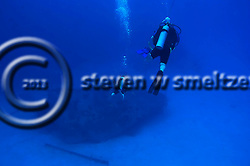 The Oro Verde (meaning Green Gold) shipwreck in Grand Cayman has been a favorite site for divers since she was sunk on May 31, 1980 by the Cayman government.  The vessel a 131-foot 692-ton freighter lies in about 50 feet of water just off Grand Cayman’s famous Seven Mile Beach.  The wreck has deteriorated a lot since her reefing, mainly as a result of several hurricanes that have hit the island in the last 30 years.  The debris field today is scattered over a wide area with only the bow section still intact.

The following is an article from the Sarasota Herald-Tribune dated Sunday, August 10, 1980 three months after the Oro Verde was reefed.

Scuba divers on Grand Cayman Island in the Caribbean have a new target to examine:  A 692-ton Panamanian cargo ship that has been deliberately sunk in 60 feet of water off the 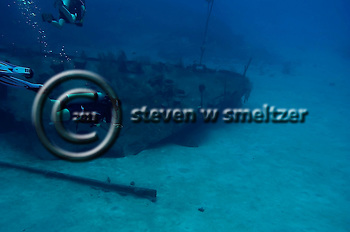 The vessel, the 131-foot Oro Verde, had been stuck on a sandbar after it ran aground off the 17-mile long island’s North Sound four years ago.  A group of Grand Cayman divers then hit on the idea of stimulating diving interest by salvaging the freighter and sinking it 300 yards offshore from the beach and hotel area.

The divers sought contributions to the project from hotels, airlines and other tourist organizations and purchased the salvage rights from the Caymanian government.  Then, before towing the Oro Verde to its new site, they cleaned it and removed the watches, doors, glass and rough edges to make it as safe as possible.

“The removal of the doors and hatches also created a lovelier site by allowing more sunlight to filter through to the ship’s interior,” said Horace DuQuesnay, a tour company representative who lives on the island and participated in the salvage.  “The wreck will become more beautiful over the years as the colored coral becomes an integral part of the ship.” 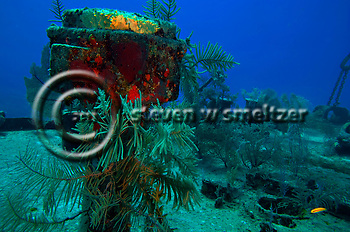 The story of the Oro Verde is a rather interesting one.  She was originally built as a “liberty ship” her original name was the Navajo and is a sister ship to the infamous USS Pueblo (that is the only US navy ship still being held captive by the North Koreans).  Once the ship was retired from the Navy, she was registered in Nassau and ran freight to and from North America, Latin America and the Caribbean.

The ship was once almost blown up in Miami with a homemade bomb in a cigar box.  See the following story from the Miami Herald dated October 19, 1966.

A homemade bomb in a cigar box, attached by a magnet to the hull of a British cargo ship, failed to explode at the Miami City Docks Tuesday – apparently because an undersea bomber didn’t set it correctly.  “It should have gone off,” said Capt. Tom Brodie, chief of the Sheriff’s office bomb squad.  The ship the 180-foot 692-ton Oro Verde, was due to sail late in the day for a five-day trip to Cristobal, Panama. From there, after unloading, its normal route takes it through the Panama Canal to Ecuador.

“We don’t have the slightest idea why anyone would want to blow up our ship,” said Robert Trost, operations manager for Chester, Blackburn & Roder Inc., Miami agents.  Horace Barron, a crane operator loading general cargo, first noticed something peculiar attached to the hull several feet below the water line.  “He’d looked at it for a couple of hours and didn’t know what to think,” said Bob Kretzschmar, a sheriff’s deputy assigned to docks.  The ship was on the north side of Pier C, berth three.  But before it arrived there at 7 a.m., it had unloaded bananas at the parking lot dock of the Banana Supply Co. on the river. The ship reached Miami Sunday.

“The crane operator started talking to the crew and someone finally decided to call the Coast Guard,” said Kretzschmar.  “The Coast Guard took one look and said ‘Call the bomb 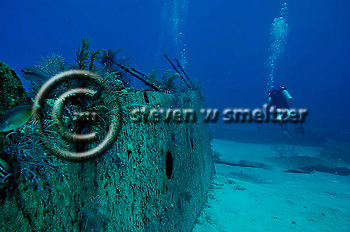 squad.'” This was at 11:28 a.m.  Capt. Brodie, accustomed to frequent false reports, also needed but a single glance. He took off his shoes and shirt, jumped in, and deactivated it.  The time-bomb, put inside a wooden Cuban cigar box consisted of a cast-made explosive, pentalite, and weighed about two pounds.  Attached to it was an acid pellet triggering device floating underwater in a prophylactic. It looked like a ping-pong ball in a balloon from the surface.  When the pellet or ampule is crushed, the acid begins to eat at the wire. When the wire gives, a spring releases a hammer which strikes the primmer of the cap.  “Someone didn’t set it right,” said Capt. Brodie. “It should have gone off.”

Pentalite, he said, is a “very high order explosive, a step above TNT or the normal plastic explosives. It would have blown quite a hole in the hull.”  Investigators said they didn’t know whether the ship would have sunk.  Capt. Brodie said that pentalite is often used by militant Cuban exiles here. There was one unverified report that the CIA once had an interest in the ship.  Trost, the agency manager, discounted thoughts of anyone trying to blow up the ship in the Panama Canal. “The detonating device was of much too short duration for that,” he said. “It sure is odd.”

The ship, registered as British, is managed by a crew of 17. Wendell Phillips, a U.S. citizen, is the captain.  Trost, as well as police, believed that the bomb was attached to the ship in the Miami River sometime prior to loading at Pier C.  Yet police said they couldn’t tell how long it had been there.  Sheriff skindiver Ed Zender explored the underside of the hull for other bombs and Deputies J. K. Russell and James Askew searched the ship.  Neither Capt. Phillips nor John. W. Tatcher, owner of the vessel, could offer any possible motive for sabotage.  The ship, built in 1942, once was an Army cargo vessel, Phillips said.  “All we do is carry bananas from Ecuador and general cargo from Miami to the Canal Zone,” 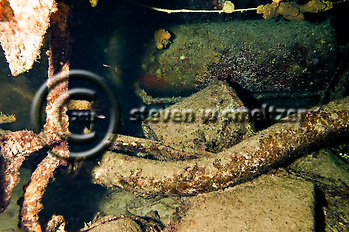 The Oro Verde was originally a Liberty Ship built to carry cargo for the US  during WWII and supposedly a sistership to the infamous USS Pueblo (although documentation is very shaky). The ship was sold by the Navy and began operations as a merchant cargo ship sailing in the Caribbean and South America and is thought to mainly carry bananas or a regular basis.  She became a drug smuggling ship late in her life and ran aground in Grand Cayman in 1976.  She was on the reef several years until a consortium of local diver operators got together with the local government to turn the ship into an artificial reef.  Local dive lore tells that the Captain of the ship hoped to make one last large deal to retire more comfortably 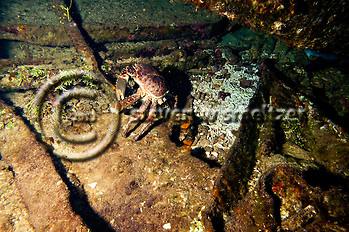 and had a large amount of marijuana on board the Oro Verde.  While on route to Grand Cayman the crew of the ship found out about the Marijuana and confronted the captain, seeking a share of the profits since they would be prosecuted if caught with the ship and the drugs.  The Captain is said to have refused and the crew killed him and threw him overboard.  The crew then not knowing the local waters ran the ship aground.  When the authorities were notified the crew had abandoned ship and the marijuana was confiscated and burned on the south end of the island.  The story also goes on to say that the prevailing winds were blowing from the southeast to the northwest and everyone on the islands was reportedly delighted for  several days. 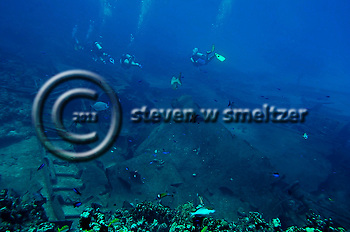 The ship wreckage and surrounding reefs are home to many species of sea animals, fish and corals, making this one of the most popular shallow dives in Grand Cayman, often frequented after a deeper wall dive or on a night dive.  Though it was in pristine condition when it was sunk and lying on her starboard in the sand next door to a patch of reef, the wreck’s finer details have since given way to the force of time; passing hurricanes have broken, rolled and scattered the vessel across a wide debris field closer to the reef. Still, the Oro Verde remains a great example of a thriving 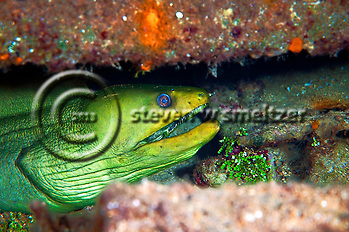 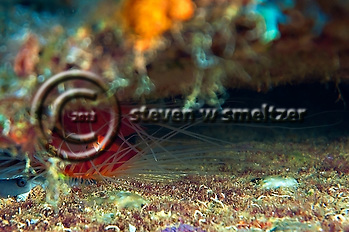 This is a very worthwhile dive still and I especially like it as a night dive for the variety of marine species that are present.  The Oro Verde lies about 100 yards off shore so advanced divers in good physical condition could reach it as a shore dive but with the long swim and requisite dive flags and floats due to offshore boat traffic, why bother? All the local dive operators will be happy to take you to the Oro Verde as your second half of a two tank west side boat dive, an afternoon dive or on a night dive.  I would urge you to dive the wreck whether it is the first time or if you have dove on the wreck before.  The site is constantly changing and the marine species always make for an interesting dive.